Awright, it's been a while, but I have not forgotten about our exploration of the Burke Museum. And hey - if you can get there in the next few days, you'll get to see its brand-new Tyrannosaur skull! It's on display until the end of day this Sunday. Then it'll be off to be properly prepared, and installed when their new facility is open in 2019. We'll definitely do another tour then. It sounds like a long time, but it's less than three years away!

Now. Let us continue our explorations of their current digs. Put on your parka, because we're entering Washington's Ice Age. 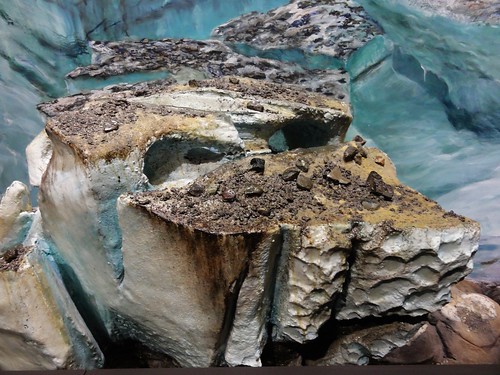 One of these days, we are properly going to do up the Cordilleran Ice Sheet that covered Washington. There's even a Mount St. Helens connection - Donal Mullineaux and Rocky Crandell did a lot of work on Ice Age Washington back in the 1960s. There's a good overview here at this link (pdf). It was an exciting time! We had some pretty charismatic megafauna, like this very imposing mastadon who welcomes you to the exhibit. 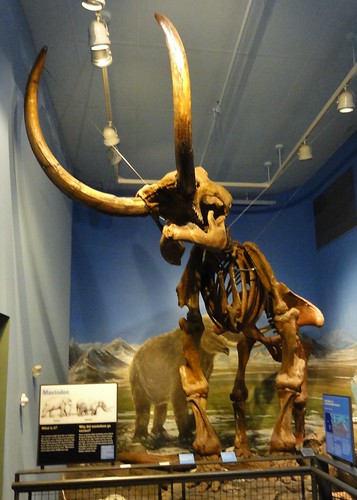 This beauty was donated to the museum by Joy and Chai Mann. It's a cast of a mastodon from around the time of their extinction. See how enormous that thing is? Can you believe it's smaller than a mammoth? The display signs inform us that they thrived on spruce trees. Hence, their teeth are quite different from mammoth's, who were grass eaters. 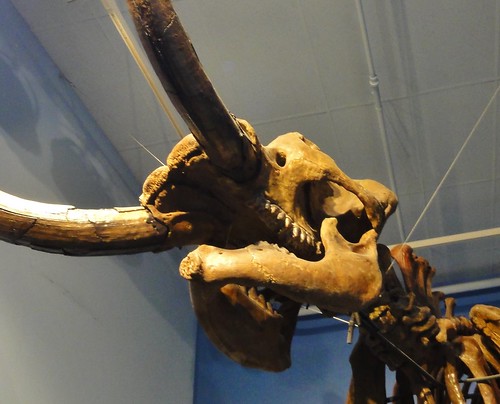 Definitely do look a gift mastodon in the mouth! Credit: Dana Hunter

If you're at the Burke, you can play with the teeth in the Discovery Lab, and get an actual feel for the differences!

And then you can go see what mastodon teeth look like in the jawbone. 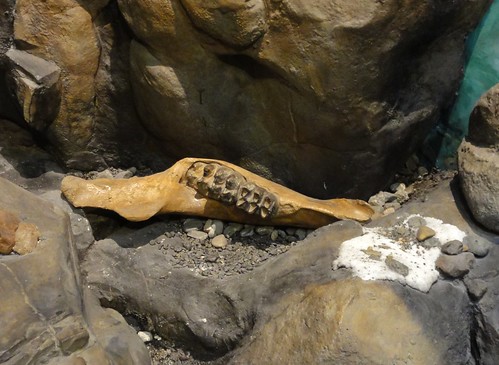 Lot more impressive than the jawbone of an ass, which, if you're a Supernatural fan, is the reputed mystic weapon of Cain himself. I'd duel him with a mastodon jaw any day! Credit: Dana Hunter

If you visit my Burke Museum album on Flickr, you can see quite a few close-up shots of various bits of mastodon anatomy. There's nothing like getting a good shot through that enormous pelvis! Standing in front of one of these things really makes you feel small. But in an awe-inspiring way.

And then you look at the model glacier, and realize Seattle was under 3,000 or so feet of ice, and you feel truly dwarfed.

We can only imagine what the humans who shared the state with these beasts and that ice thought. They left no writing behind. But we have found things they left behind: tools and weapons, sometimes even fragments of clothing. And we know they had a fine artistic sense, because dang, look at this scraper: 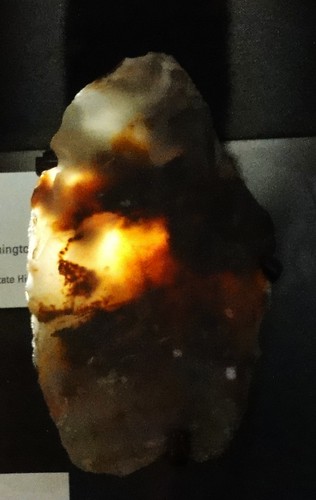 None of my photos were able to capture the beauty of that Clovis point display. It's perfectly illuminated to bring out the artistry of these simple and practical tools. A craftsman found this bit of chert over 11,000 years ago, and turned it into a gorgeous tool for scraping and preparing hides. You can picture them holding it up to the sun as they chipped it, watching the light play through it.

The spear points are just as beautiful. 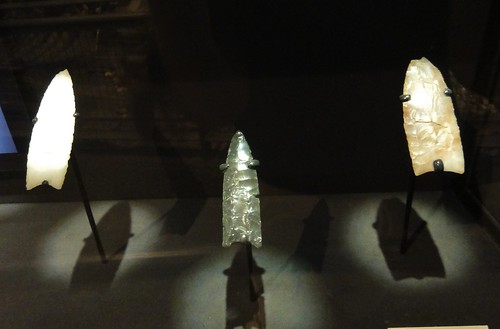 These points, found in East Wenatchee, may have been for ceremonial use. But they may also have been used for hunting the meaty megafauna sharing the land with them.

There's a nice bit of the display explaining why Clovis points are so special: they have a flute chipped out of them that other spear points don't display. Can you see them? 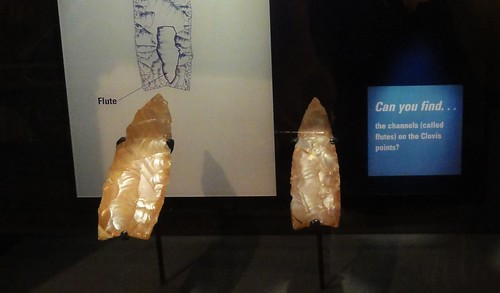 Across from the Clovis point display, there's some information and dioramas of the Missoula Floods. That's another set of events we'll be talking about in depth  eventually! One of the witnesses to those ginormous glacial lake outbursts may have been this gigantic ground sloth, who is there to bid us farewell as we leave the Pleistocene. 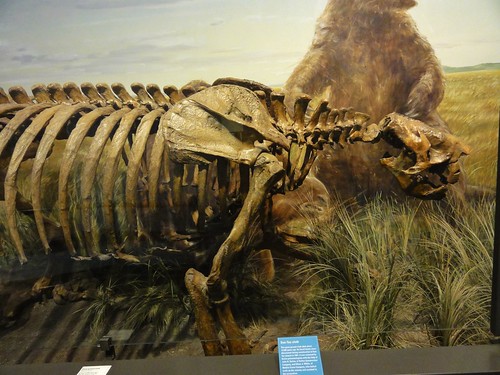 Then again, since this one was hanging around the site of present-day Sea-Tac Airport about 12,000 years ago, perhaps not. The floods didn't pass through here. Its cousins on the east side may have seen some pretty impressive flood water, though!

And with that, we conclude our Ice Age adventures. Next up: the excellent Evolution Wall and Washington State's first dinosaur!

This AI Tool Could Predict the Next Coronavirus Variant

Mathematicians Are Trying to 'Hear' Shapes

What the Frack Is Going On?

Is California About to Be Destroyed by a Killer Quake?