In our last visit to the Burke Museum, we found some pretty gemstones and explored life on Earth up until the dinosaurs perished. Now we step forward in time to 40 million years ago, before the Cascades, but after much of Washington State had emerged from the ocean. We see fossils of the critters that inhabited the coast back then (which was roughly where I-5 is now), and the various lovely land plants and critters. One of my favorites is this delicate pair of flowers, preserved in stone. 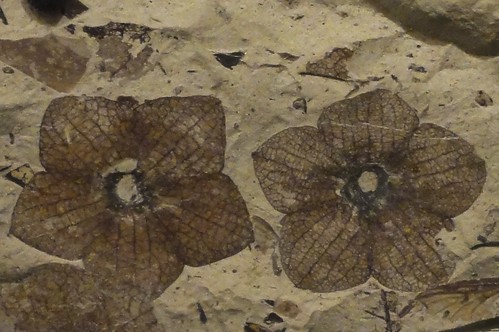 There's a huge, upright slab full of fossil footprints of various birds, mammals, and reptiles. It was, of course, flat when those critters walked on it: tectonic forces tilted it into a near-vertical position. It's so very cool to see it displayed that way: it gives you a sense of the forces involved as the Juan de Fuca plate subducts beneath the North American plate. 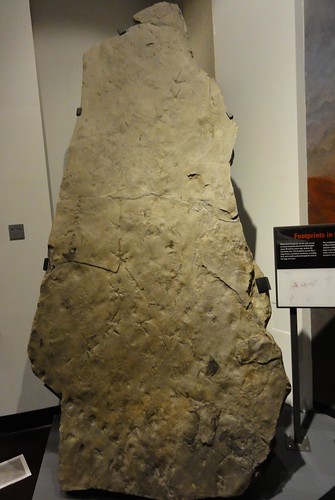 Kids will probably adore the skeletons of sabre-toothed cats, too! They're about the size of bobcats, which reminds us that some sabres were itty-bitty kitties compared to the gigantic beasts we're usually drawn to from that age. 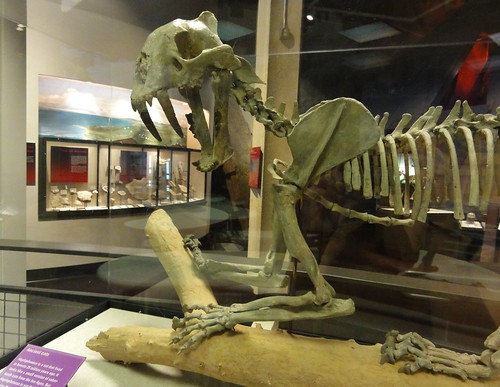 Now comes one of the best parts! They've created a stylized volcano to house the Cascades volcanoes displays. Outside it, you'll find Mount St. Helens ash and pumice from various eruptions in her history. There's also a model of Mount Rainier. Then you go inside the volcano, and get treated to beautiful back-lit signs explaining volcanoes, showing scientists working on them, and detailing the Cascades' history. On the opposite wall, an enormous glass case displays the glittering volcanic rocks and minerals that eruptions and hydrothermal processes produce. And if you look up, it seems very much like you're in an erupting volcano. So awesome! 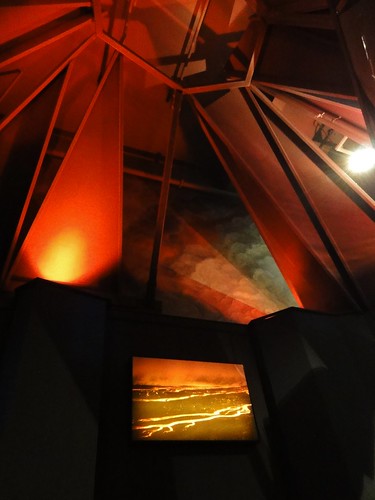 Artist's impression of being inside a metal volcano. Credit: Dana Hunter

I laid down on the floor to get that one for you. That's how much I love you all.

When you come out the other side, you'll have enormous fun exploring one of my favorite features of the Burke: the replica of the Blue Lake Rhino cast. Can you imagine? This baby rhino's body was engulfed by basalt flows that were well over 1000 degrees F, and yet, it was able to cool the surrounding lava enough to leave a cast of itself. You can even find where the horn was if you look! This is a great little feature for the kids to climb into and explore. It also shows the marvelous columnar jointing of the Columbia River Basalt flows. 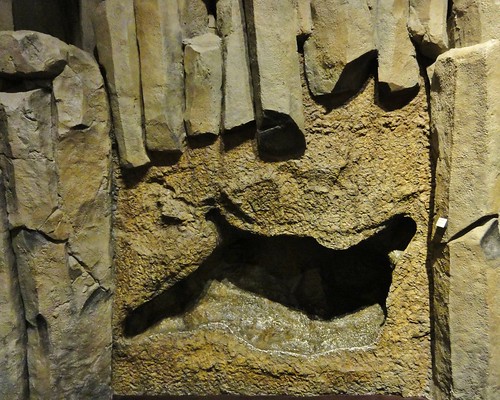 The Blue Lake Rhino cast replica is one of the best things ever. Credit: Dana Hunter

On the wall nearby, you'll find an absolutely gorgeous display of zeolites. I've found many of these in the wild, but none of this size or quality. They're utterly marvelous. 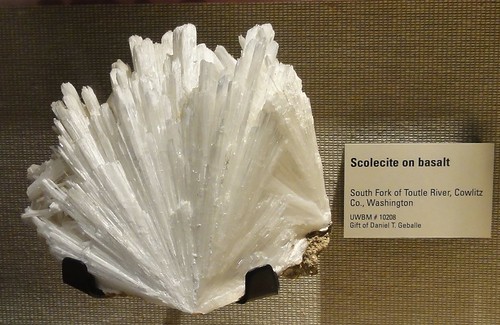 A HUGE sample of scolecite on basalt. This was collected from the South Fork Toutle River. Gorgeous! Credit: Dana Hunter

There are also slices of petrified wood in the case with them. Almost everything in the case comes from Washington State, excepting the palm from California. You probably don't generally connect lava flows with petrified wood, but most of the wood in this case formed when the Columbia River flood basalts buried an ancient lake. Logs within the lake petrified, and were protected for millions of years by thick layers of lava. We'll be visiting there someday soon! 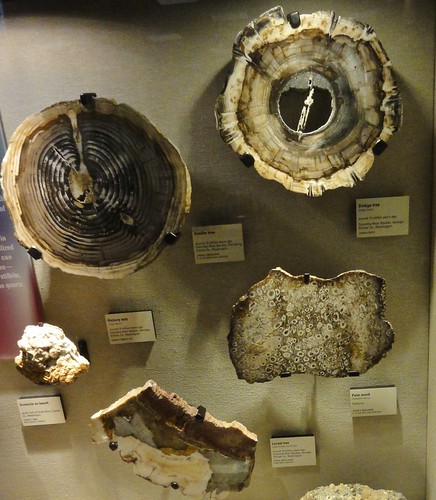 Next up: we'll be getting our hands on some geology.