One of my most popular comics ever was this one about mental health issues. I called it "When We Are Hurting."

This particular comic struck a chord with many because we've all been hurt, and many of us didn't or don't know how to talk about it. It's also one of just a few comics that address this cultural issue. 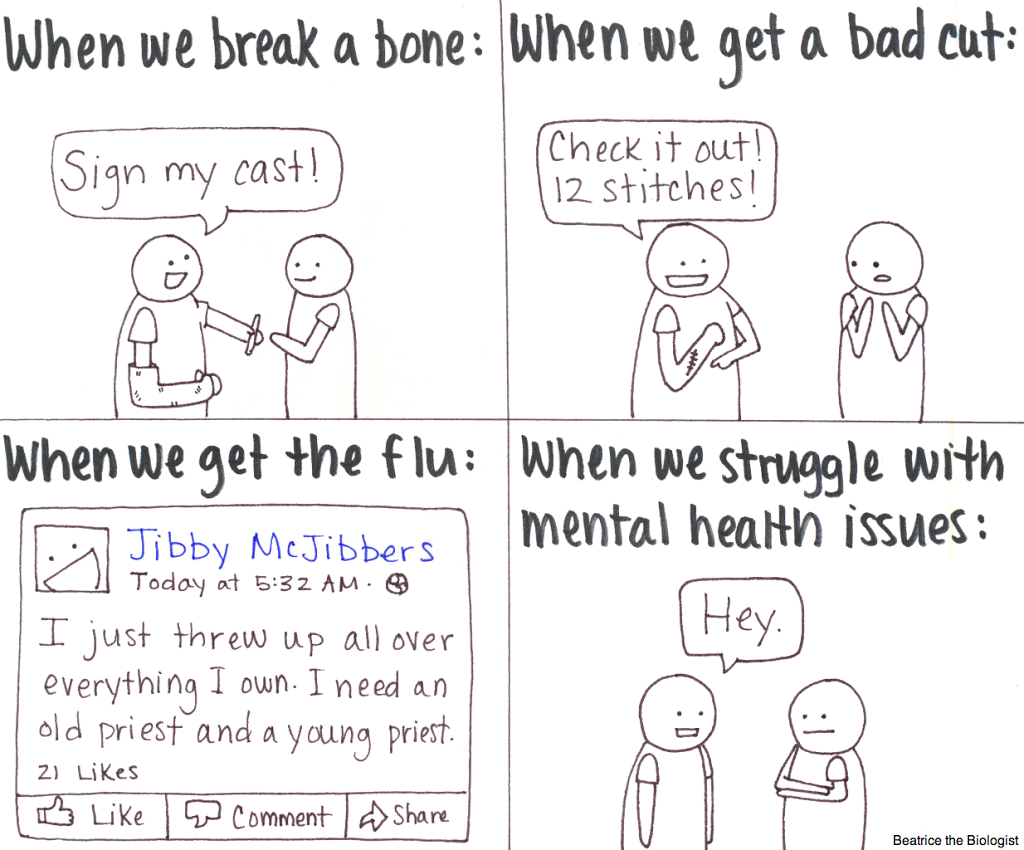 That's why when I first saw a line of animal pins called Disablies, I was instantly intrigued.

I met its creator Mariette Marinus at WonderCon back in April. Her table in artist alley had a colorful set of animal characters with various injuries and disabilities, such as blindness, a migraine, and a broken leg. I asked Marinus what inspired her to create this gaggle of adorable characters. 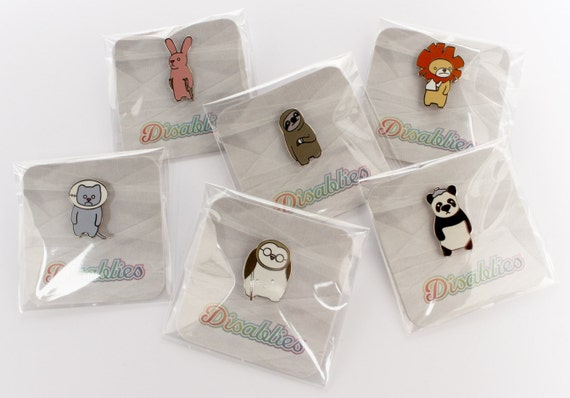 "I created Disablies because I wanted to make characters that you could feel some empathy for. They're broken and suffering like we all are. When we remember that others also suffer our love and compassion increases. And that connects us to everybody we share the planet with. We all suffer and we all want to be happy."

This really resonates with me. It's so easy to forget that everyone is suffering in some way. Everyone has issues. That's what my comic was about. Some people share their issues; others suffer alone, but we're actually all in this together.

"The Disablies have all endured some physical setback or calamity," said Marinus. "Of course our problems are not only physical, but mental problems and other worries are not so easy to depict." Marinus, who does character rigging for DreamWorks Animation, partnered with art director and graphic designer Steven R. Gilmore to bring these whimsical characters to life as pins, which are available in their Etsy store. They'll be adding greeting cards, buttons, t-shirts, and bags in the near future. They also feature the characters' life tips on Tumblr, as well as their adventures using stock photography. Currently Marinus and Gilmore are working on the next set of characters to join Hurty Paw Sloth, Blind Eye Owl, Bum Leg Bunny, Migraine Panda, Head Cone Cat, and Broke Arm Lion. A dog recovering from open-heart surgery is on the queue, as well as an animal in a wheel chair.

When it comes to less visually inclined disabilities and disorders, it's quite a graphical challenge. How can you show bipolar disorder, rheumatoid arthritis, sickle cell anemia, and others? Hm. Something to ponder in a future post.

But in the meantime, the current Disablies crew make great gifts. I gave three pins to my friend who just graduated from nursing school, I gave my grandmother, whose last name is Lyons, the Broke Arm Lion, and I don the Hurty Paw Sloth on my work bag every day. Hayley A. Gans and Yvonne A. Maldonado | Opinion

How Scientists Can Update COVID Vaccines against Omicron

Deborah Fuller and The Conversation US

New Views across the Galaxy

I Unfollowed Everyone to Build a Better Twitter Feed