I recently did a comic for a non-profit called CO-ADD. Based at the University of Queensland in Australia, this effort asks chemists to send in compounds they’ve developed, and for free, CO-ADD will screen them for antibiotic properties. And if they do find an effective antibiotic, the researcher still retains ownership. It’s an interesting new way to combat the superbug crisis.

It’s odd to think there could be an effective drug sitting on shelf somewhere—a compound that wasn’t developed with drug properties in mind, but it’s possible. After all, that’s how we’ve discovered lots of antibiotics and other drugs in the first place—by stumbling across them. Whether it was the serendipitous discovery of penicillin or chemicals we’ve discovered in hotbeds of biodiversity like the Amazon rainforest—new possibilities can be hiding under rocks or collecting dust on forgotten laboratory shelves. 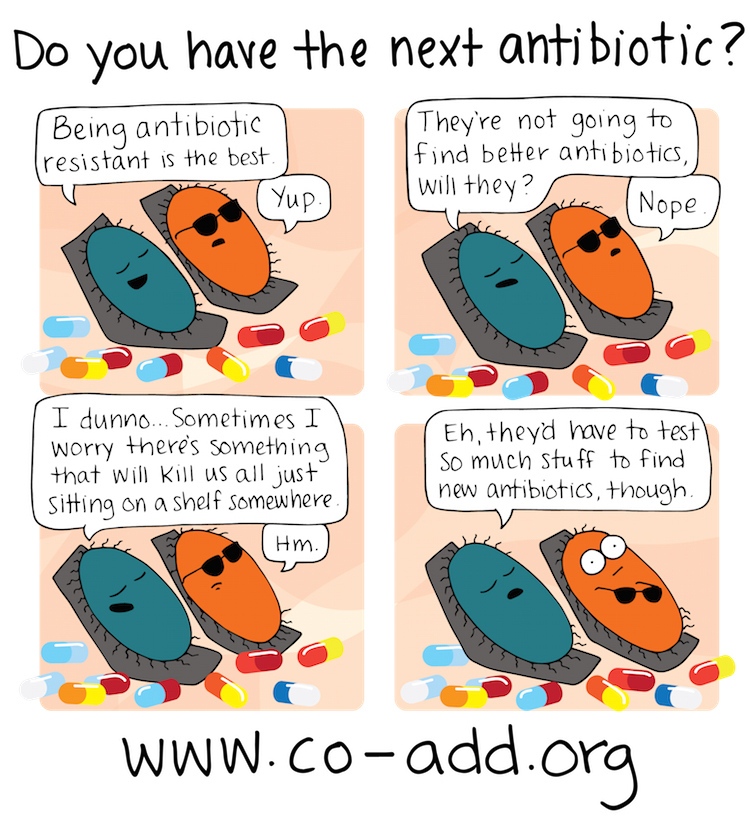 I hope CO-ADD finds the next effective antibiotic, and I hope my silly comic helps the search in some small way!

Hell on the Coral Reef