Last week I took the advice of my co-blogger Glendon Mellow and reshared some previous artwork. A Halloween comic. It was far more popular the second time around. Facebook, Twitter, and Instagram loved it. On just Facebook, it was shared 13,000 times and seen by over 2.5 million people. (But since Facebook doesn't favor creators, that doesn't really mean much. Sigh.) 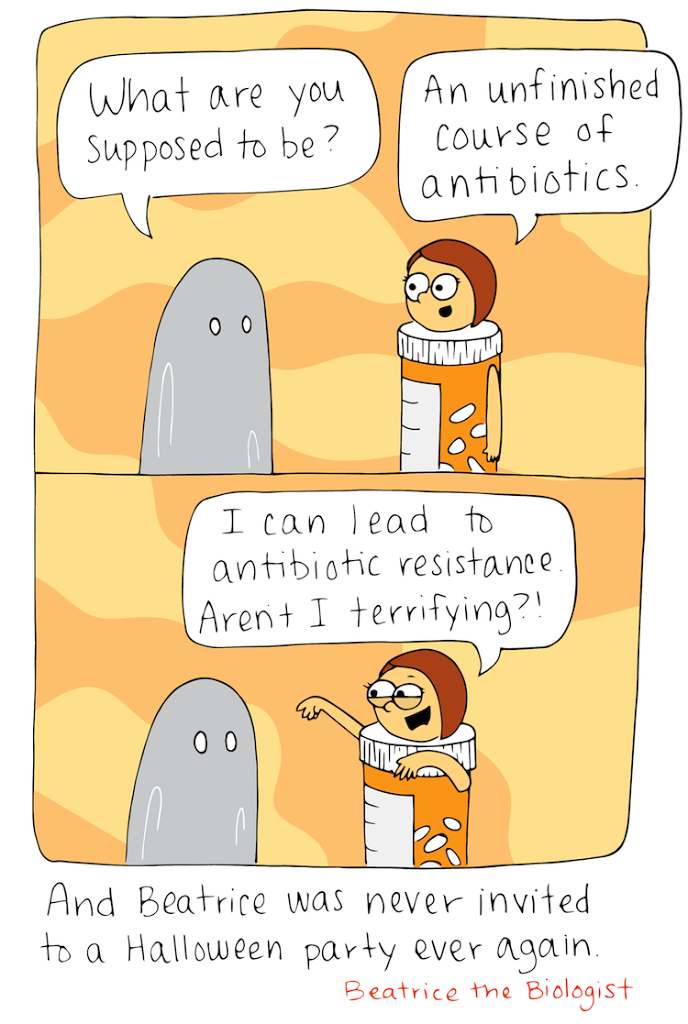 But still, people seem to really love the idea of a science-based Halloween costume. Better costuming through science? How intriguing!

Aside from this unfinished antibiotics costume, what are some other scary science costumes? Let’s brainstorm. Chime in with your ideas!

Psilocybin Therapy May Work as Well as Common Antidepressant

Doctors Should Talk to Patients about Firearm Injury Prevention

The Path to Scientific Illustration