I brought you some pretties, my dear volcano lovers. I've been going through the USGS ScienceBase Catalog, sorting Mount St. Helens images from the 1980 eruptive episode. I'm finding some jaw-dropping photos, many of which we'll thoroughly enjoy as our Catastrophe series continues. But I couldn't wait to share, so here's the first batch of what will be many photos that I thrust at you whilst squeeing loudly. Yes, I am that excited over the results of a volcanic eruption.

This one was taken a week after the May 18th eruption. Wow, amirite? 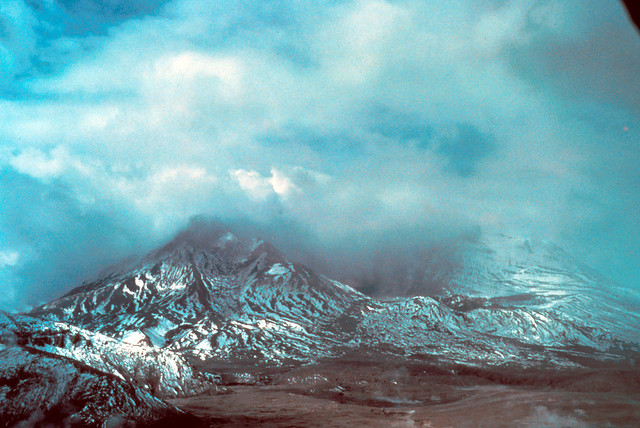 Fabulous view across the pumice plain at Mount St. Helens. This is from May 23rd, 1980. 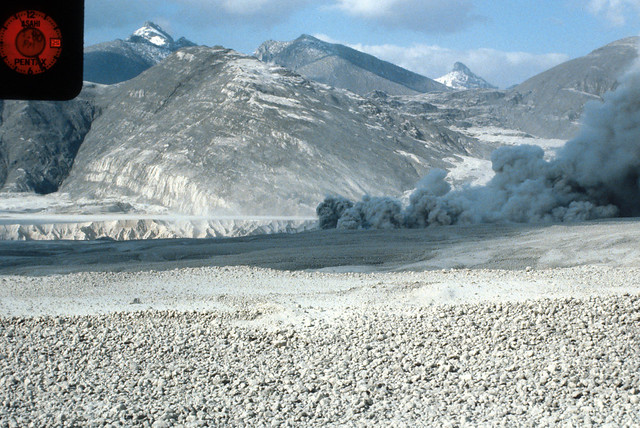 Here's an image that will give you a feel for the scale of the debris avalanche. There's a full-grown human in there somewhere. 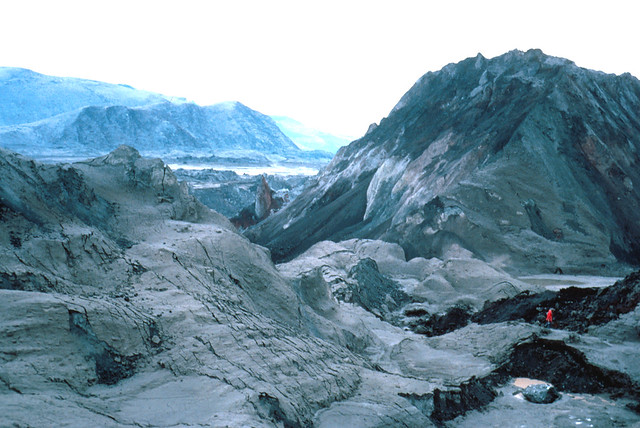 Really excellent photo here showing debris from the May 18 eruption in the foreground. Note the geologist for scale. On the hillside beyond, you can see where the lateral blast annihilated the forest. See how sharp the line is where it stopped? This is two days after the eruption: I'm not sure if the fire burning was set off by the blast or is one that started after. 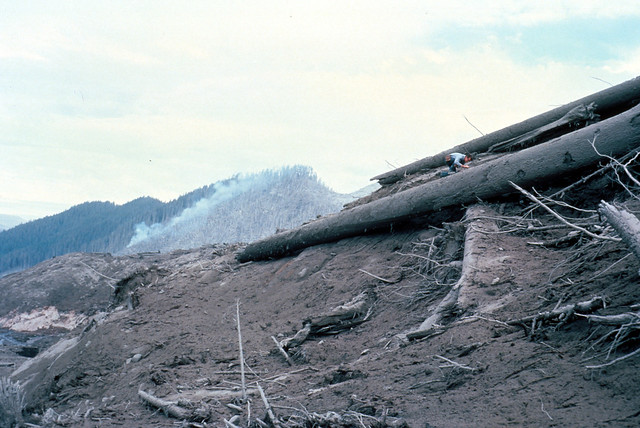 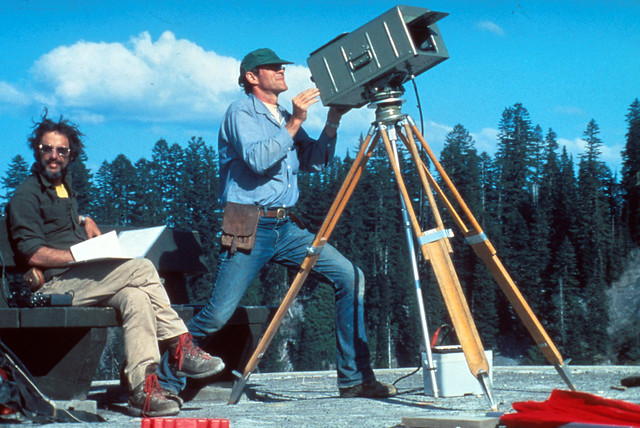 Duuuuude this is some seriously large pumice. 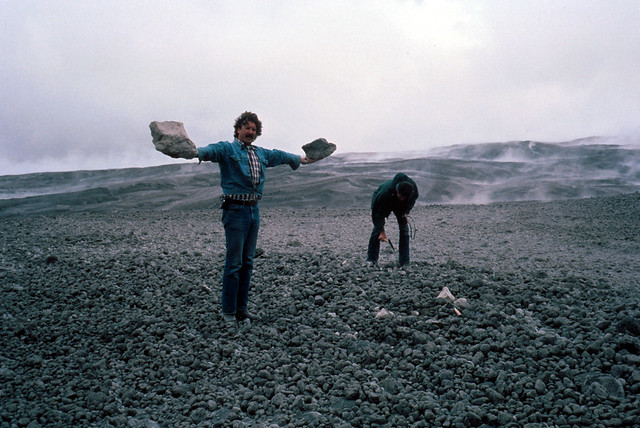 Soooo in case you ever wondered what it looks like when a volcano falls down and takes its glaciers with it, it's this: 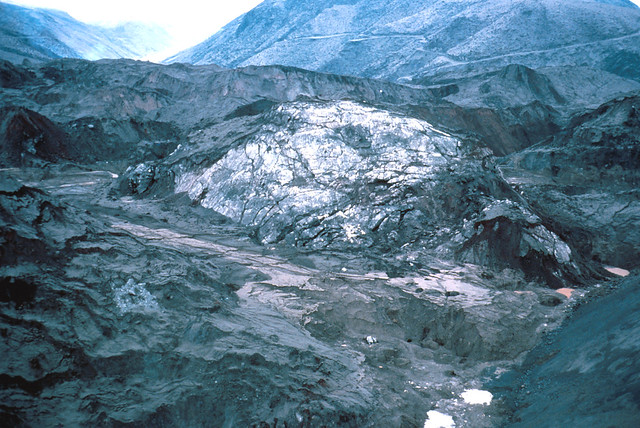 Love this photo of several geologists on a Mount St. Helens ash flow (well, the photo description says ash, but that looks rather like pumice to me). Can you imagine having a job like this? I hope you've enjoyed our first edition. Stay tuned for many more! And if you can't wait, follow me on Facebook, where I've been posting them as I go along.

A Geology Musical Interlude for Your Enjoyment