I'm still going through the USGS image database for Mount St. Helens. It's going to take me a while - there are almost two thousand images to sort, catalog, and save. I'm sharing some of the best of what I find on Facebook: I'll be sharing them here, too! 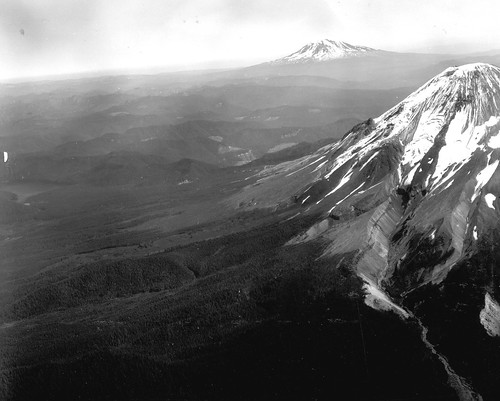 Here's a nice visual explanation of the May 18th eruption. 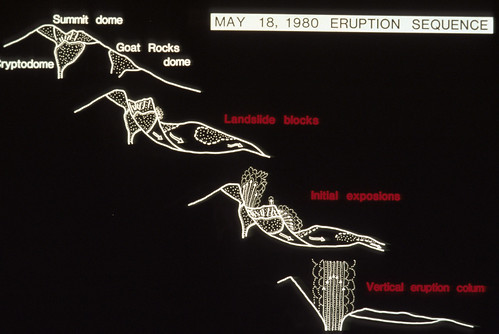 For my Oregon peeps: Mount St. Helens in eruption, with Mount Hood in the background. 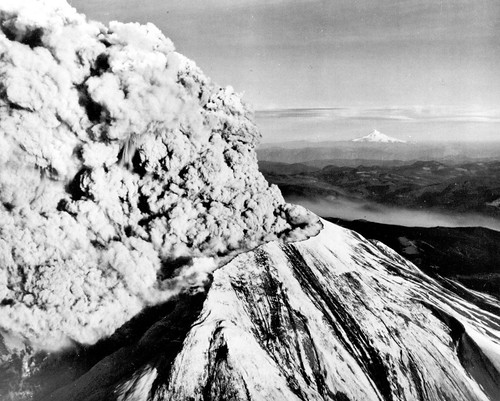 Mount St. Helens in eruption, looking toward the southeast on May 18, 1980, with snow-covered Mount Hood on the distant horizon. Skamania County, Washington.

Eerie photo taken right after the May 18th eruption. We're looking across Spirit Lake. In the foreground, steam bursts from fumaroles in the blast deposits. 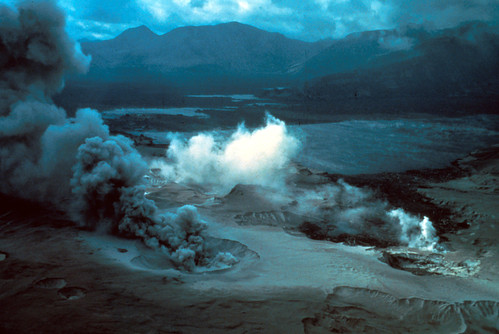 Absolutely gorgeous image of fumaroles on a pyroclastic flow from May 18 1980. This is a rather gorgeous fumarole on a pyroclastic deposit from the May 18 eruption, with geologists for scale. You know, catastrophic destruction makes for magnificent landscapes. 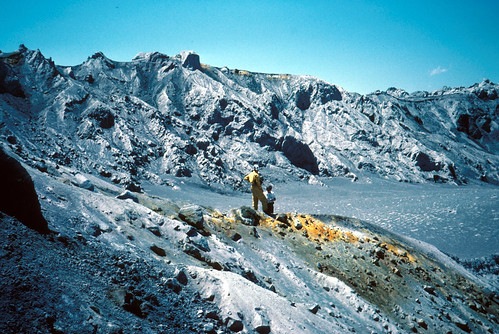 Geologists watching the August 7th, 1980 eruption. Dunno about you, but I'd have to spend a lot of time and effort screwing my courage to the sticking-place before I'd be able to stand there filming the volcano going boom after what it did in May. 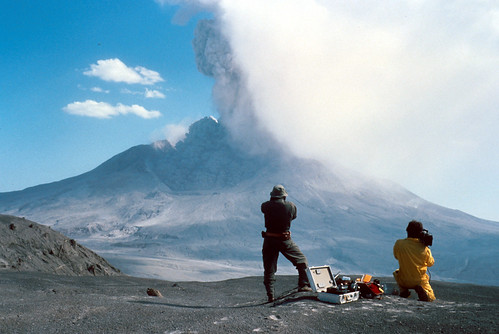 Eruptions are quite rough on volcano monitoring equipment. This is Kid Valley geodetic target after the eruption above got through with it. 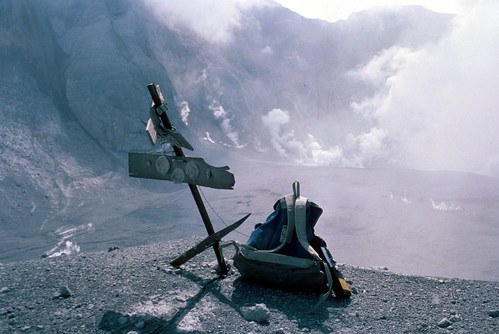 Here's a really lovely image from May 19th, 1982. You can see that Mount St. Helens hasn't quite gone back to sleep yet. Photo is by Lyn Topinka, who has taken many marvelous pictures of that volcano. You'll see more of her work as we go along. 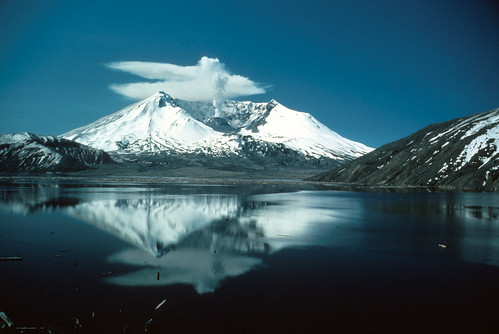 I'll have more lovely photos from before, during, and after May 18th, 1980. I've also got some non-volcanic adventures planned for this month. We're going to be venturing into geology quite different from the young stuff around Western Washington. Stay tuned!

A Marvelous Example of a Kīpuka