It must be the Year of the Sponge here at The Artful Amoeba, because I can't seem to write enough posts about sponges and their amazing micro-scale architecture. Below is the Sponge of the Day, and it's one I've discussed here before: Euplectella aspergillum, also called Venus's flower basket. 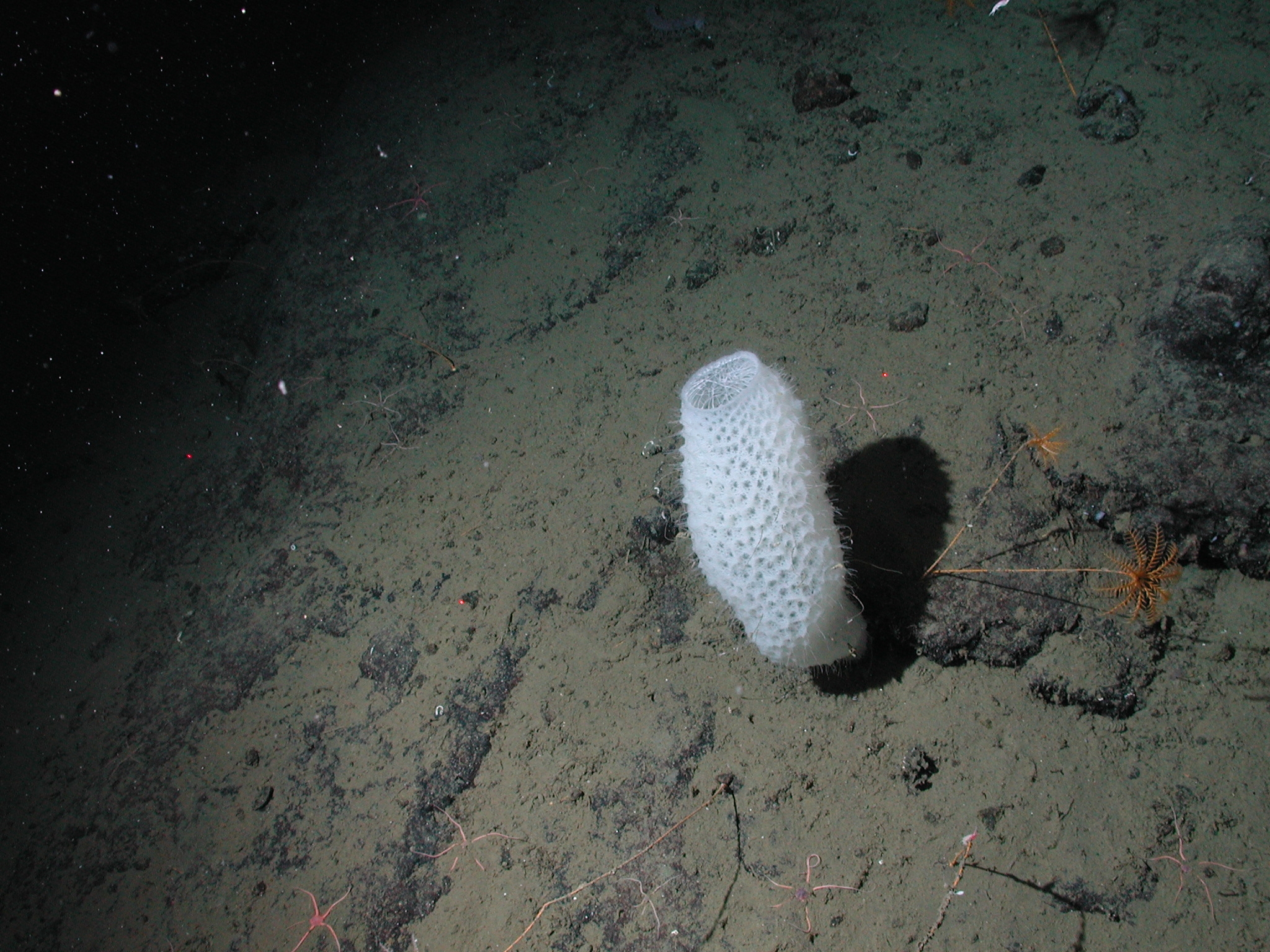 Euplectella is a deep-water glass sponge, unlike the more common shallow-water reef sponges I discussed here earlier this year, which were demosponges. As you can see from the image, it possesses an intricate skeleton built from woven glass filaments. 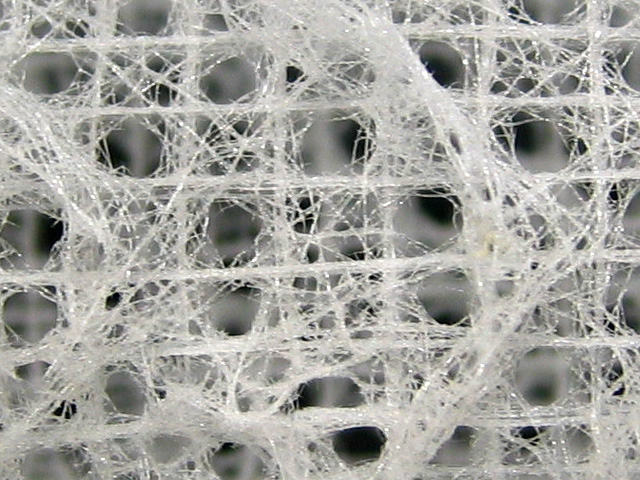 Notice also the innocuous-looking white tufts at the base of Euplectella:

Those are the anchor spicules (also called basalia spicules), flexible and present in the thousands, whose function should be obvious from their name. They are only 50 micrometers thick yet up to 10 centimeters (4 in) long. But their wispy appearance belies some serious engineering. Because if you put those tufts under the microscope, this is what you see:

As you can see, the anchor spicules are magnified in B and C have some pretty gnarly architecture: a set of recurved hooks that rivals the barbs on a colossal squid. Closer to the base of the sponge, the spicules form bundles glued to the support columns of the sponge mainframe.

But the most astounding feature of these anchor spicules is this: if you break one in half, as scientists have done in image D above, you will see a solid silica core surrounded by 10 to 50 concentric silica cylinders. It's like a giant coaxial cable containing sheath after sheath after sheath. Each silica sheath gradually decreases in thickness the farther it is from the filament's core and the closer it sits to the surface. In between each sheath is a thin organic layer made of protein, carbohydrates, lipids, or some combination thereof. What on Earth is this structure for, if for anything at all?

Scientists at Brown University and Harvard University set out to answer this question using math and computer models. They hypothesized that the laminated structure redistributes internal stresses in a way makes the spicule stronger than it would otherwise be. Previous work had already concluded (unsurprisingly) that the many many layers in the anchor spicules would cause them to resist breaking much better than a single solid filament. Any time a crack forms in one layer, it cannot easily spread to the next because of the separation by the organic layer.

But these scientists suspected there may be more to the story of the structure's mechanical benefits, and set out to test the hypothesis that the decreasing cylinder thickness works to make spicules stronger under a wide range of "external loading regimes". They created a computer model that sought to discover the ideal sequence of cylinder thicknesses and compare it to the sequence of cylinder thicknesses observed in sponges. To gauge the effectiveness of various thicknesses, they measured a property called "load capacity", defined as "the largest tensile force that the spicule can transmit from its surface barbs to the skeleton with out failing."

They found that in their model, a sheathed cylinder's load capacity was always an improvement on a solid filament, and that the load capacity improved with additional cylinders up to a maximum gain of 25%. Moreover, they found that the optimal sequence of cylinder thicknesses in their model matched the sequence of cylinder thicknesses seen in the actual spicule, supporting their hypothesis that the laminated structure makes it stronger.

However, they caution that the strength-boosting properties of the structure may not be the only factor contributing to its form. It could also be merely a byproduct of the process the sponge uses to construct the filaments -- a process which isn't yet understood. For example, fish scales contain growth rings that are a consequence of the way they are manufactured and serve no obvious purpose. It could also be that a layered structure originally created as a byproduct of growth processes was then co-opted by natural selection for improving strength and resisting breakage.

Or there could even be more selective forces acting on the structure. As the authors note, many animal skeletons serve multiple functions, not all of them mechanical. The human skeleton, for instance, also makes blood and immune cells and stores calcium and iron for use elsewhere in the body. The extraordinary fiber-optical properties of silica sponge spicules has long been known, and it is possible the laminated anchor spicule structure is also somehow involved in light transmission somehow beneficial to the sponge. However, whatever forces have sculpted these spicules, the authors write, the product also clearly strengthens the skeleton.

The structure of the glass sponge anchor spicule may also be inspiring to engineers. Traditionally, to strengthen load-bearing beams engineers tinkered with their shape. The classic example, of course, is the I-beam. The glass sponge teaches that what's inside may be just as important as what's outside.

The Amazing Mimicry of the Mummy Berry Fungus