In the comments of the following video on Youtube, a viewer asks, "Is that a real video ? Or Cgi ?﻿" What you will see in this video is very much real, but I can see why someone might get confused.

The serene, fuzzy, and vaguely sparkly pink tube you just saw is both profoundly alien and, believe it or not, one of your closest Earthly cousins. It is a pyrosome, a colony of free-floating animals called tunicates.

According to the Monterey Bay Aquarium Research Institute, who released this video a few weeks ago, pyrosomes are most often found in the tropics, but the species you just saw, Pyrosoma atlanticum, is one of a few found in temperate waters. It was photographed in April 2000 by the HD camera on the ROV Ventana in Monterey Bay off California's coast in about 125 m (400 ft) of water. This particular pyrosome grows up to 60 cm long (almost 2 feet) and forms a hollow tube closed on one end. Though they have observed pyrosomes as deep as 900 meters, they're most common in the top 150 meters of water.

I asked MBARI whether the soft pink glow in the video was the bioluminescence that pyrosomes are famed for: pyrosome means "fire body" in Greek. No, they answered, the pink is this animal's actual color as revealed by the bright lights necessary to make the HD cameras work; they can also be transparent, grayish or blue-green. But if you were to extinguish the lights and watch, you might see this entire colony glow an eerie bright blue-green. 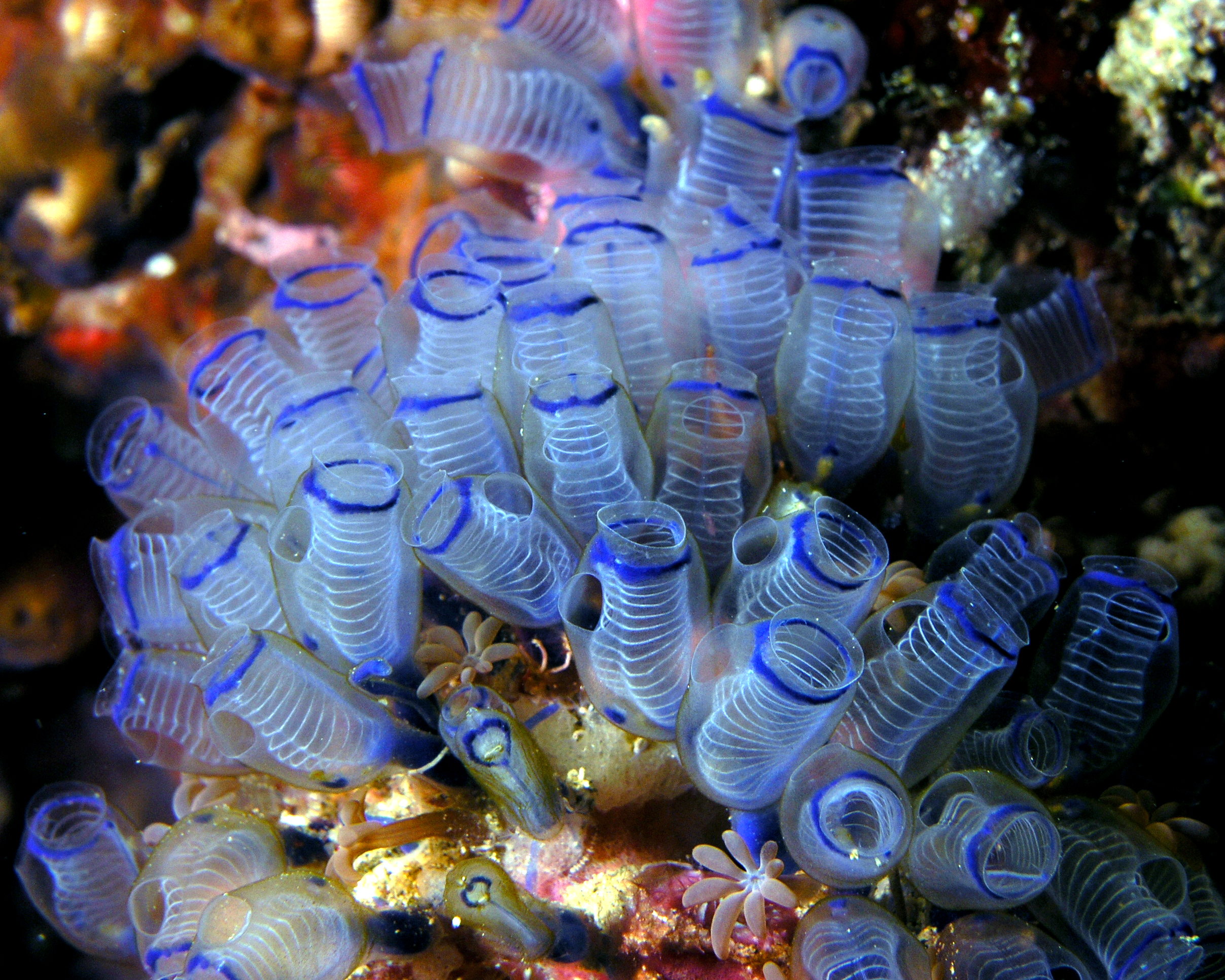 Though tunicates look quite foreign to us, the larva of many tunicates is free swimming, resembles a tadpole, and is the proud possessor of a notochord -- a stiffened rod that functions as a backbone and is a probable precursor to your vertebrae. You had one as an embryo, too.

I should note that pyrosomes themselves have shed their swimming larvae (as drifters, their young have no need to swim to disperse), but they are clearly tunicates that at one point in the hazy past must have had them. And that means that the glowing, alien life form you saw in the video is still technically a Chordate and kin to every animal with a spine. This means you.