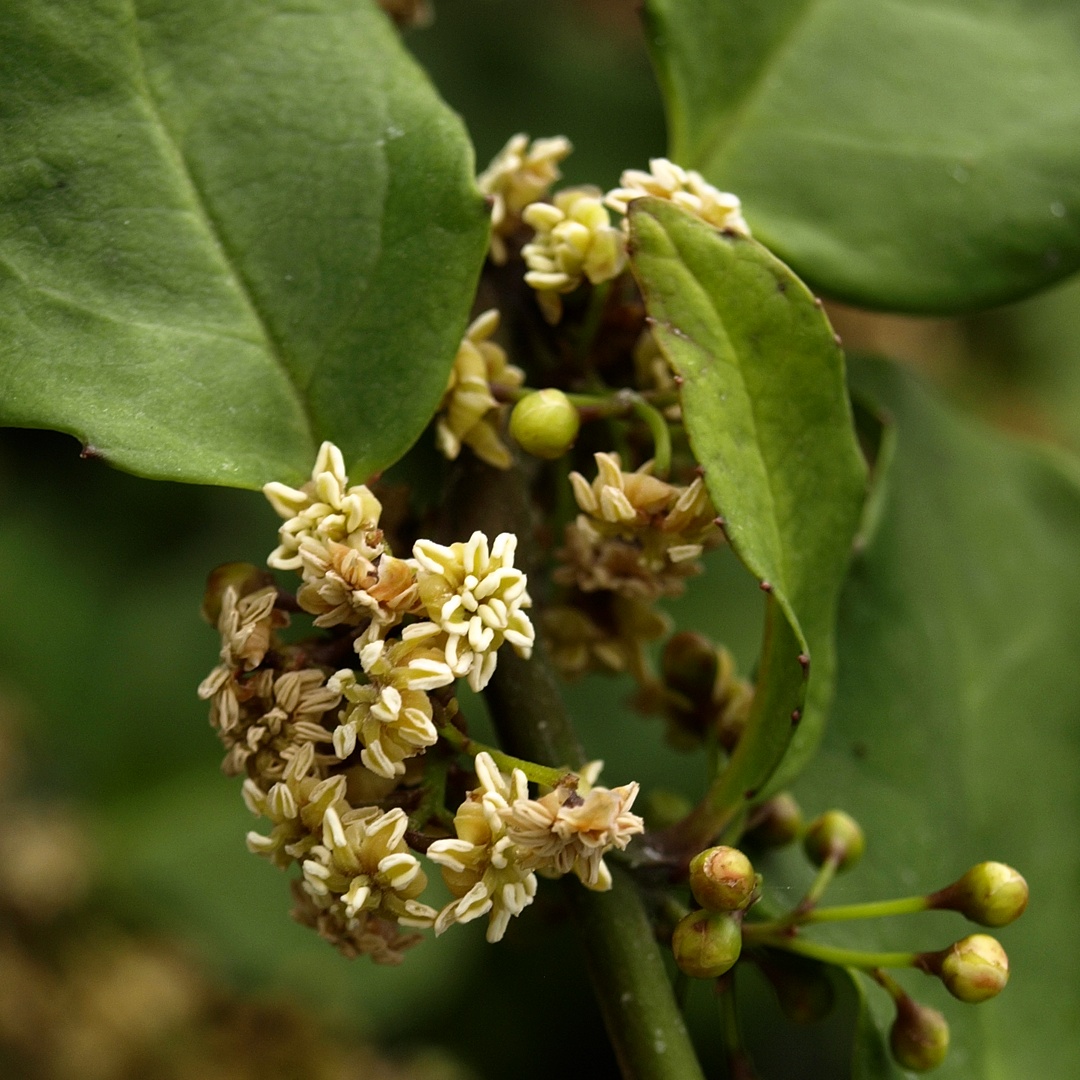 Amborella is a humble shrub with a noble pedigree: it is the first plant to have split from the rest of the flowering plants after their evolution that has survived to the present day. Its rather rudimentary-looking flowers and evergreen leaves may be testimony to that fact. This wasn't known until relatively recently, though, partly because the plant dwells on only one island in the world -- Grand Terre in the remote French archipelago of New Caledonia in the South Pacific -- and partly because it was only when we got a look at its DNA that we could see this.

Recently, we discovered that Amborella's mitochondrial genome (mitochondria are the "powerhouses" of our cells and maintain their own genomes) held another secret: it is a hoarder. Stuffed inside its mitochondria are the equivalent of 6 foreign mitochondrial genomes worth of genes, four of them largely intact and identifiable as having come from other plants or algae. How and why all this DNA got there is the subject of a news story I wrote for Scientific American online news that's out today -- head over here to check it out.

One item of note that did not make it into the story was what was not in Amborella's mitochondrial genome: any fungal genes. Fungi grow grow on and inside plants in the most intimate possible ways, and sometimes extend their filaments inside the very walls of their cells. Yet there was not a scrap of fungal DNA to be found in Amborella's mitochondrial genome. The authors of the study believe this lack is the result of a fundamental incompatibility between the fusion systems of plant mitochondria and fungal mitochondria, since fungi are actually much more closely related to animals than to plants. However, the presence of green alga DNA in Amborella seems to indicate plants share the same method of mitochondrial fusion with green algae, which had not been guessed at until now even though botanists have long known that plants evolved from the green algae.

The find also underscores how accepting plants are of "horizontal gene transfer" in the wild -- basically, totally unrelated species swapping genes -- even between species that are separated by hundreds of millions of years of evolution like green algae and flowering plants. When scientists do the same thing we call it making a "genetically modified organism", or GMO, and people wig out and call it "unnatural".

Amborella and many other plants, said Jeffrey Palmer, a biologist at Indiana University Bloomington and a principle author of the paper that reported the results in Science last December, are testimony to the fact that foreign genes jumping into unrelated plants is very natural thing. "We're doing things nature has been doing itself in a wild, unfettered, unregulated manner for long time," he said.