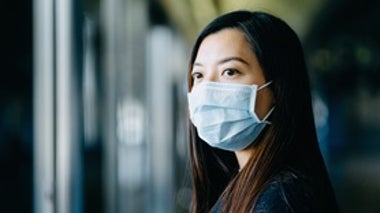 Preparing for Coronavirus to Strike the U.S.

Getting ready for the possibility of major disruptions is not only smart; it’s also our civic duty 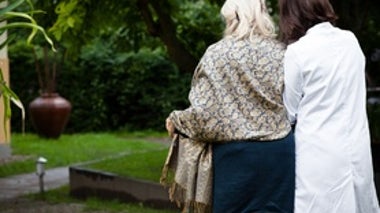 The Farewell: On Cultural Differences in Death and Narrative Control 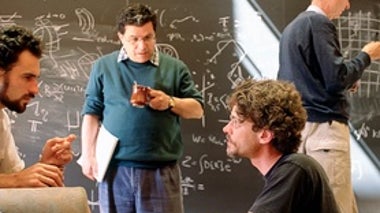 Why Should Scientists Mentor Students?

Because it's not just good for the students; it's good for us as well

What's So Special about Mirror Neurons?

In the early 1990s, a team of neuroscientists at the University of Parma made a surprising discovery: Certain groups of neurons in the brains of macaque monkeys fired not only when a monkey performed an action – grabbing an apple out of a box, for instance – but also when the monkey watched someone else performing that action; and even when the monkey heard someone performing the action in another room.In short, even though these “mirror neurons” were part of the brain's motor system, they seemed to be correlated not with specific movements, but with specific goals.Over the next few decades, this “action understanding” theory of mirror neurons blossomed into a wide range of promising speculations...

It's not the stress that counts, it's whether you can control it

Stress is generally not a good thing. Most of us who live stressful lives (which, I suppose, would be all of us), are well aware of this. We try to reduce our stress, or even stress about how stressed we are...

Flightless bats from the future

Image of the Week #67, November 6th, 2012: From: Giant flightless bats from the future by Darren Naish at Tetrapod Zoology .

- Laura Jane Martin - The death of natural selection - Ilana Yurkiewicz - Support for Massachusetts Death with Dignity: what 14 years of data show us - S.E.

STAFFNovember 5, 2012 — Bora Zivkovic
A Blog Around The Clock

No rats in Ryder Alley

Last week, in the wake of superstorm Sandy, I saw a number of people asking questions on social media (and some traditional media picking up on it) about a potential for ratpocalypse, i.e,...

Newer Docs Might Be Driving Up Health Care Costs

Health care spending increases have slowed over the past couple years. Still, we are spending some $2.6 trillion—that's trillion with a "T"—a year on health costs, which is a higher percentage of our GDP than any other developed country...

Chimps in Uganda: Lessons from Washoe

October 30th marked the five-year anniversary of the death of my friend Washoe. Washoe was a wonderful friend. She was confident and self-assured. She was a matriarch, a mother figure not only to her adopted son but to others as well...

Einstein once said that the definition of insanity is doing the same thing over and over while expecting different results. Yet as scientists, we are taught to fundamentally question this assumption...

Friday Weird Science: Are you getting bigger? Or is your tie retracting?

Sci was at Neurotic Physiology for Friday Weird Science yesterday, where Ivan Oransky found me a study that reveals a deep, difficult problem in our society: tie retraction syndrome.

The more we learn about cancer, heart disease and Alzheimer's, the more vexingly complex they seem—and the more elusive their cures. Even with cutting-edge imaging technology, biomarker tests and genetic data, we are still far from understanding the multifaceted causes and varied developmental stages of these illnesses.With the advent of powerful computing, better modeling programs and a flood of raw biomedical data, researchers have been anticipating a leap forward in their abilities to decipher the intricate dynamics involved human disease...